I Refuse To Say Goodbye 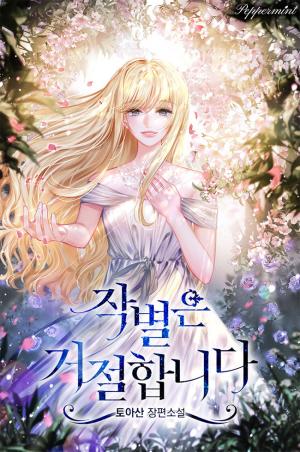 She has been running the orphanage her parents left behind since she was fourteen years old. After ten years of bouncing from place to place, struggling to raise the children, the orphanage child who disappeared ten years ago suddenly appeared. He had become the emperor of the new empire.

What does he mean….?

Surprisingly, the emperor’s voice sounded familiar and he shivered a little as he said, “Please raise your head.”

Why is that? Raina sensed something familiar, but that didn’t mean she could raise her head recklessly.

Everyone there was astonished. The iron-blooded, undefeated emperor who united the continent, used the word ‘please’ to the orphanage worker, who had just come out of the kitchen with oil and flour stains and messy hair.

Raina slowly raised her head. Then she looked at the face she missed.

Large hands lifted her from her knees. He held her, forcefully, but not painfully, so that she would not choke and run away.

Nuzzling his face into her hair, he, the Emperor, the child she raised, repeated over and over.