I Ran Away After I Online-dated the Slag Marshal 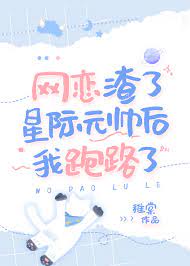 21st century superstar Jian Nai’s friend encountered a scumbag who cheated money from people. As soon as the other party walked away, his friend became the laughing stock of the entire entertainment circle overnight!

Jian Nai immediately decided to take revenge on behalf of his friend, preparing to make the scumbag pay the price for playing with other’s feelings and then dump him!

The other party : “Just finished the battle with the invading army.”

Jian Nai : “Honey, I will cook for you in the kitchen. What do you like to eat?”

The other party : “Nutrition solution.”

Getting along for a while, he finally dumped the other party and said he was just playing around. After saying the harsh words, he realised– it’s over, he copied the wrong ID!

Not only did he add the wrong person, the other party was not even a person from Earth at all!