I Opened a Clinic in the Apocalypse 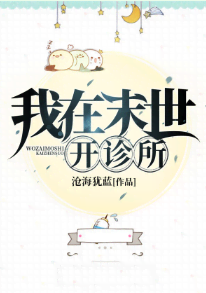 Wen QingLing, as a wood and psychic type ability user, was sabotaged by his cousin at a critical moment and was pushed out to block zombies. He was bitten and his teammates fled.

He decided to find an auspicious place to die.

But while he didn’t die, the zombies around him did.

Yes, Wen QingLing became a zombie, but he mutated.

He breathed, had a heartbeat, and had consciousness, there was practically no difference between him and humans.

He had authority over zombies, his wounds healed themselves, and where his blood was spilled, life was restored.

Wen QingLing returned home to help his zombie parents regain their consciousness and restored their decomposing bodies back to their original appearance.

They opened a clinic in the City of Zombies, and would only treat zombies or infected people. All it cost was nuclei.

News that living people lived in the City of Zombies spread like wildfire.

Someone said, “There is a clinic that only treats zombies.”

Another person said, “There is a doctor that can heal the infected.”

There was another who said, “The living people there are all those who were saved after becoming zombies.”

The survivors went crazy, they all went looking for their zombified relatives in hopes of a miracle.