I Love Small And Cute Senpai, I Want To Make Her Blush Three Times A Day 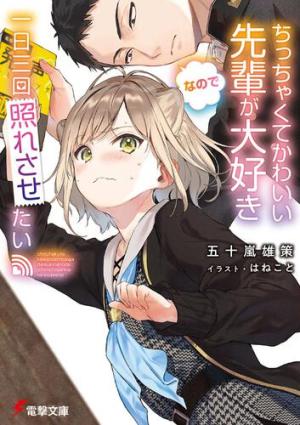 The head of the broadcasting department, Hanabi-senpai, has a beautiful and crystal-clear water like voice flowing in the forest. The voice, which reminds people of a pretty big sister, captures the hearts of the boys in the school in the daily broadcasts …… But, as the only member of the broadcasting department, I know. The real Hanabi-senpai has a cute appearance like a small animal, and the original voice is like ringing a small bell.

For some reason, he wanted to make Hanabi “happy”, so Ryunosuke would praise her three times a day. If he could achieve it continuously for a week, then he will—.

But Hanabi wants to become a mature senpai who will not be bullied by a junior’s attack every time and be able to keep it cool.

This is a 120% easily blushing and bashful doki-doki romantic comedy of Small Senpai and the pure-hearted younger junior.