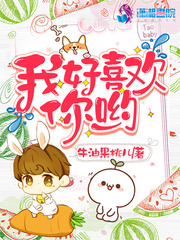 Li Jiao was admitted to college, but her family feared that their little girl would get ruined by a pig of a man. But who would’ve thought that she would’ve gotten a boyfriend just immediately after military training. He was a special forces soldier that had come to training camp to help direct for a few days.

He was cold and handsome, with an overload of aloof temperament.

After knowing that he had no girlfriend, her journey to chasing her future husband began.

But while chasing love for the first time, various deterrents had appeared in her way.

While doing push-ups, she had accidentally thrown her body down because of exhaustion, yet he thought that she was trying to infuriate him.

Walking forward, she had accidentally kicked her shoe out and almost hit him, which he considered as revenge.

Listening to a lecture, she had not stood firm because of her love for looking at her handsome crush. As a result, she had to kneel down in a spot of a lecture hall in front of thousands of people.

She originally thought that she had no hope in getting a boyfriend, but who would have thought…

Her shoes flew. He picked them up.

“These are Cinderella shoes, wear them.”

Seeing that she was getting faint, he stood behind her to provide shade.

The instructor of another class brought a piece of watermelon, but he didn’t hold it and instead passed it to her. After a while, he said:

“Li Jiao, I order you to eat the watermelon.”

Zhang Jiuling had never expected to meet such a person. As long as she was coquettish, he would want to give her his life.

“If your method of defeating your opponent is to be coquettish, then I wouldn’t even be able to lift my weapon.”

“My name and my phone number are on this piece of paper. Save it onto your phone.”

“Yes, sir. I promise to complete this mission.”

“This isn’t one of your tasks. It’s my request.”

At the training camp, a loud and clear whistle sounded.

The instructor of another class saw a girl snooping around and asked,

“Jiuling, that girl, is she in your class?”

Zhang Jiuling took a glance at her,