I Heard That I Am Poor 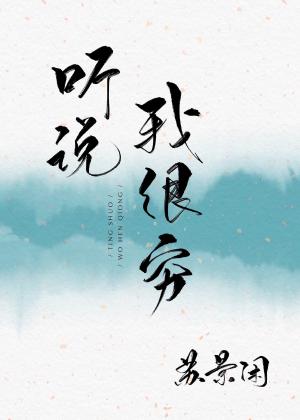 Cold tyrant lord President Xie You has a one ton heavy weibo focus on Yu Nian, the new singer. Yu Nian participated in a singing variety show and became popular overnight, and his singing voice was called the sound of nature.

Xie You: Oh, it must be a tuner, how could it be so good!

Yu Nian’s GIF with a smile while singing swept the whole internet and he was praised for his looks.

Xie You: Oh, must have been a plastic surgery, how could it be so beautiful!

A few months later, President Xie, the black fan leader, updated his Weibo: Hello everyone, we are together @YuNian

Sunspots & Netizens: Joking with us?

Yu Nian was invited to be a guest on a treasure appraisal program. Yu Nian only glanced at it and concluded that an ancient painting worth 70 million yuan was fake.

After the show was broadcast, many netizens started the group mocking mode. They were addicted to mocking Yu Nian crazily, looking forward to slapping him in the face.

When Xie You knew: “No, no, no, NianNian listen to me, this time it really wasn’t the navy I bought!”

Soon after, Yu Nian’s life experience was picked up…

After all the netizens had fallen silent, they entered the collapse mode: “Painting is indeed false, because the authentic one has been in his house for three hundred years!”

“The point is, this is the same person who can not afford to takeout, why are you so good? Been trained, trained, trained – do we still have a chance to call you laoji?”