I Got Reincarnated as the Northern Archduke’s Son 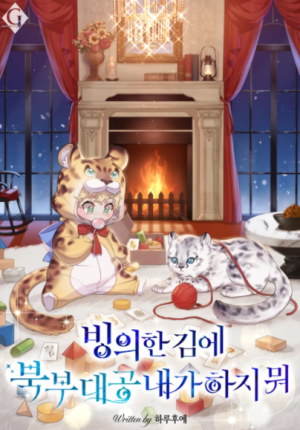 I got reincarnated as the only son of the Northern Archduke. Because I’m an Omega, I must marry an Alpha to continue my family…

The first guy ran away because Auston territory was cold, and the second guy robbed the household’s safe.

And every time my marriage failed, I came back. But while I said that, I noticed that these plump hands and short tongues were unusual…

Apparently, this time I returned to the age of three.

I followed my father to the Imperial Castle to pick my groom myself.

I’ve never seen a person like this since I was born.

“What should I call you, our baby, tell me your name.”

My husband-to-be is this guy! Of course, it could change if a better man appeared.

And when I was five, I ventured out of the house alone for the first time. I met a snow leopard and brought him home…

“From now on you’re Kitty.”

It is an existence that cannot be given a name like that, but if Noah gave it that name, that would be its name.

I saw a very handsome man in my room… The next day, I woke up and the man is gone.

I keep on thinking about him, was it just a dream in the middle of the night?