I Got a Brother-in-law Who Was a Villain 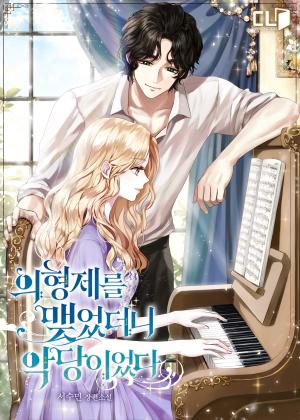 According to the original story, Yvonne lived an unhappy life and died by the hands of the villain. She didn’t like that kind of life, so she lived her life the way she wanted to. As an heiress by day, and as “Franz” of the back alley in the afternoon dressed as a man.

Then, the villain who will destroy the world came to visit Franz, who is Yvonne, disguised as a man. It turns out that one of her childhood friends who disguised himself as a man and had a brother-in-law under the name of “Franz” was the villain in the original story. She was afraid of the villain, so she tried to avoid it.

He doesn’t know her and persistently comes to her and tries to serve as her older brother. He didn’t know he would have the worst meeting with Yvonne Moore, not dressed as a man.

Then Yvonne spent the night with the villain who hated her. He happened to find out that Yvonne is Franz. Then the man said “If I had known you were a woman sooner, I wouldn’t have gone through so much trouble trying to forget you.”

The female lead is Selena, but somehow the villain seems to like her.

“I’m the only one angry at this situation! I think I’m going to die of anger!”

Witnessing his girlfriend waking up in bed with another man, Paradis was overly angered.

“Hey, Yvonne. Why are you doing this to me?”

Seeing Paradis’s flushed face with anger made Yvonne want to cry out loud.

It was a moment when the friendship that had been firmly maintained under the name of best friend was broken.