I Don’t Want To Be An Ojakgyo 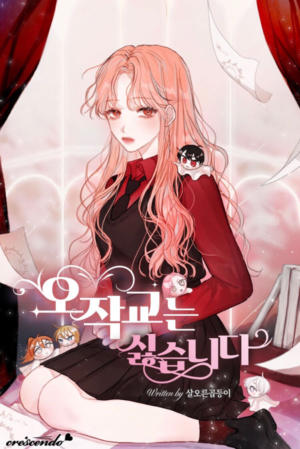 She was reincarnated into a novel as a supporting character.

She played the role of an Ojakgyo in the harem romance novel, .

All possibilities of love are gone anyway,

and having a family in the future is nothing but a dream.

In contrast to my previous life, I‘m planning on becoming a civil servant/official, and getting rich.

But unlike in the original work, the love interests are acting strange?!

“Can you imagine, someone making Char red and shy?”

As Cory looked at Hylli in a daze, and said that, Yves mumbled to himself.

“Someone get me away from here…”

Sean had nothing to say, he covered his face with his hands.

His whole face turned red and his ears reddened too.

Why are you all acting so differently, you’re supposed to be obsessing over the heroine.

*Note: Ojakgyo refers to the bridge that birds make once a year to connect the female and male main characters in traditional Korean fairy tales; basically a wing man