I Don’t Want to Attack You! 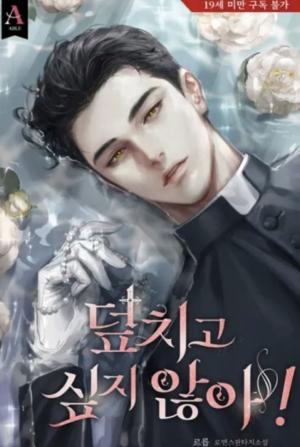 On the way home, a drunken Heather helped a small pink elephant who was crying because of a cold nose.

She did for the palm size elephant a nose cover, and the elephant claimed to be the God of sexual desire and affection.

“For your help, I’ll let you share a passionate love with the most handsome man of the continent.”

However, this was not a blessing from God, but a curse.

“Ugh, shameless… How, while I was sleeping, ha… You stole my virginity.”

‘It’s you who is shaking your waist, you crazy bastard.’

Ashur was praised as the noblest and most beautiful man of the continent. But as soon as she runs into him, it’s normal for the two of them to end up locked in a closed room, where a strange situation arises between their rubbing testicles.

There was a breathtaking silence. One of the countless reporters instinctively pressed the camera shutter.

Click. The sound became a signal, and the shutter sound poured from all sides, and the buzz filled the hall.

I wanted to throw the white priest’s robe, no, the piece of cloth in my hands.

Ashur kept his head down.

Her shoulders were trembling.

There was an incompatible chill around him. She felt wronged.

“I only touched it lightly, but I never thought it would tear like this… ”

But no matter what she says, Ashur would not be able to hear him, who has stood up in front of thousands of people just in his underwear.

‘It wasn’t me, it was that crazy pink elephant!’

Ashur turned his head slightly and looked back at her.

His eyes were stained red, full of contempt while looking at her.

‘To end my blessing, I have to make passionate love with the most handsome man on the continent.’

But if he keeps this up, she’ll be shackled as a mol*ster before she can make passionate love with anyone.