I Dedicated the Dimension to the Country 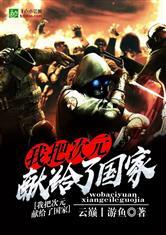 The Dimension signaled the end of five hundred years of civilization.

Reborn a year before the Dimension, Su Han made a decision.

From the day of his rebirth, the whole country gained the power to resist disasters.

So, Judgement Day had a change in events.

When the darkness comes, when thousands of aliens grind their claws and descend on the earth…

An already prepared army of steeled troops is waiting for it…