I Can Talk to Cats 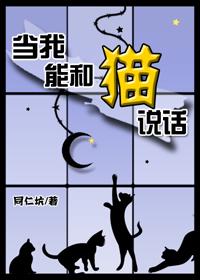 After Lin Lan dumped her boyfriend and resigned from her job, she is directly faced with a double loss of unemployment and a broken relationship. The situation is a bit grim and requires serious attention. Thinking about it this way, she put on her sunglasses and boarded the plane, changing the previous couple’s overseas trip to a solo flight.

How come after the trip, something is wrong with her body! For example, she stood at the door of her small building at this moment, and she accidentally looked at the pet box being carried by a passerby, and saw that a pair of white furry paws were desperately pulling the wire fence, and the meow was tragic and striking-” Help! Help! The sh*t-shoveling officer (Chinese slang for cat owner) will take me to get an injection!”

Another time: After violently retaliating against the cheating man and woman, Lin Lan was frustrated and returned to her hometown, preparing to inherit the family business and do nothing. Suddenly, she has gained an ability. Since she discovered that she can communicate with cats in her home without barriers, Lin Lan has a new idea.

It didn’t take long for pedestrians to discover that a new cat tea house was opened downstairs on the street. The proprietress sat behind the glass window, with several cats in her arms, legs and feet. She was drowsy in the sun every day and didn’t care whether the business was good or not, saying that the store will close sooner or later. She didn’t care about the business at all. She was so comfortable that the passers-by who came and went in a hurry envied her.

Until later, they found that the entire building including this shop was owned by her family…