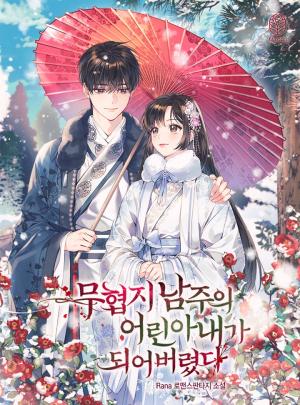 Inside the martial arts novel which the male lead fully seized, I possessed the male lead’s distant ancestor.

In order to be faithful to the role of supporting male lead, I worked my bones off and built the best family.

After that, I closed my eyes comfortably. However—

“What?! Did you say that my family is doomed?”

When I opened my eyes again, it was 300 years later.

My family, which I had reestablished so tenaciously, was on the verge of collapsing.

Furthermore, the disgraceful political marriage of the male lead, whom I devoted my whole life to support, with the original villainess was ahead.

However, the biggest problem was…

“Why did I become that villainess!?”

Now that I married the male lead, I decided to make my ruined family stand again.

If the original female lead appears later, wouldn’t he let me stealthily slide out?

That’s what I thought, however…

“Our Housemistress, isn’t she a chance given by God to revive the North Sea Ice Palace?”

“I never thought that Housemistress would think about us like this… I was really touched.”

…Why do you all look so affectionate like that?

“Sometimes, I feel like Wife is too good for me.”

The male lead’s gaze which was staring at me sparkled with endless obsession.

No, I mean, the original female lead has appeared, right? Why are you like this to me!?