I Became the Young Villain’s Sister-In-Law 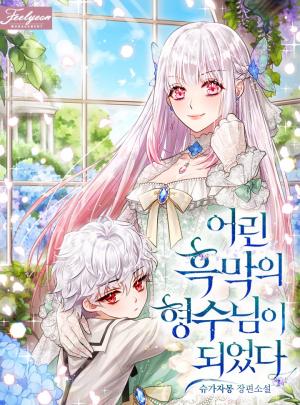 After possessing an extra with amnesia, I accidentally saved a child, but he was a villain.

The villain had an older brother who died because of the curse of a fairy. He’s the reason for the villain’s darkening.

Poor brothers. If I ever met the fairy, I would give it some beating up, unfortunately, I’m just an extra…

Wait… So that fairy is me?

To be able to go to the place where the key to solve the curse is, I just have to get married, so I had no choice but to get married to his older brother.

“You make me live. When I touch you, all the senses that disappeared because of the curse return.”

Is the emotionless man who only cared about his younger brother smiling affectionately at me?

“Brother is an idiot! How can you let Ellia go? I hate you, Brother!”

To think that the relationship between the best brothers in the world splits?!

“The Grand Duke’s Castle without Ellia is so scary. Please don’t get a divorce from Brother.”

I was politely driven to the wedge.

Wow, what should I do with this?