I Became the Villain’s Wife 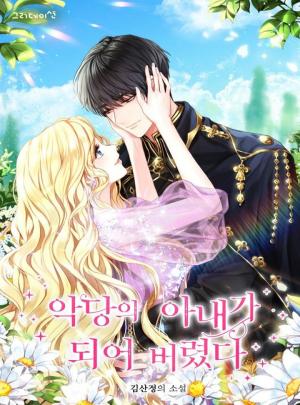 I am Lim Eun-woo – no, Eleanor Miller.

It’s absurd to enter a novel written by a friend, but I even became the wife of a villain who threatens the empire and will eventually be murdered?

The only way to change this terrible ending is to prevent the first meeting of the male and female characters, the beginning of all events!

“It’s blooming near the Hall, so I remembered how you liked it.”

“Tell me. Is it that hard to pronounce just one of my names?”

What should I do with this villain who is more loving than I thought?

It wasn’t just the shoes. In this damn empire, women’s outfits were so rare, the girdle, the corset, and even the lining of her underwear didn’t feel comfortable on Eleanor’s delicate body.

“Lean on my arm, it doesn’t matter if you go slow.”

With a dazed face, Tashuan wrapped her arms around her waist as if supporting her entire body with one arm.

Eun-woo voluntarily paid the tax before he could even say a word and grabbed his arm.

I couldn’t help it. Wouldn’t it be a thousand times better to walk with your feet on the villain’s body than to fall down every few steps and be humiliated in front of people?

The only concern was that he was suspicious of her identity when he saw himself unfamiliar with this kind of attire.

If it had been Eleanor, it must have been an aristocratic young girl who could not have mastered it because she was not used to such clothes.

In order not to arouse such suspicion of him, Eun-woo gave strength to every toe and walked hard. Then, Tashian looked down at her with strange eyes.