I Became the Villain’s Own Daughter 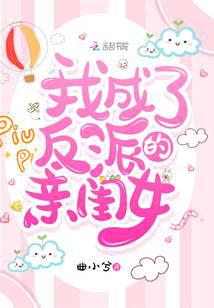 The villain, Lu Junhan, is so treacherous and cunning that he has done all sorts of bad things, and there is nobody in Hai Cheng who is not afraid of him.

But in the end, he died tragically at the male lead’s hands, becoming the biggest joke in the Hai Cheng circle!

To change this tragic outcome, the little Koi princess was reincarnated and became Lu Li, the daughter of Lu Jun Han.

The three-and-a-half-year-old little dumpling clenched her fist: I’m going to protect my father’s life! No one can bully him!

Who the hell is bullying whom?

Lu Junhan: “Someone! Strip him naked and throw him in the pool.”

“…… “Lu Junhan paused: “Forget it, taking off your clothes is a nuisance, cut off one of his hands for me -”

Before he finished speaking, Lu Li revealed her weapon first: “I’ll do it! Dad, I can do this too!”

Afterward, a reporter asked, “Mr. Lu, what made you change your mind and vow to be a good person?”

In order not to lead the child astray, he had to put away all his tyrannical ruthlessness, set a good example, turn the little dumpling back onto the right path, and always be on the lookout for others who might cheat her away!

But who knew that the precious daughter, who was raised with great care and protection, would end up being snatched by a little devil!

The little devil king, who has always been lawless, sinister, and ruthless, looked like a good boy: “Li Li, they all say you like good people.