I Became the Villain’s Childhood Friend 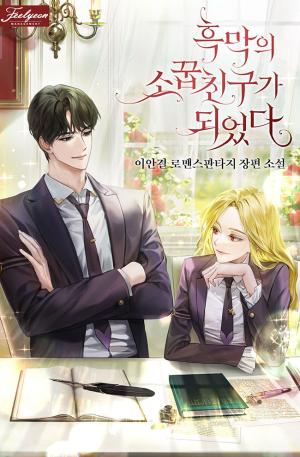 I possessed the villain’s childhood friend.

The problem is that I’m destined to die at the hands of my childhood friend, Reynold, the villain, on the day of the Academy graduation.

Wanting to escape from fate, I worked hard to sever ties with him.

However, this world isn’t as easy as I think.

“Are you two going to get married later?”

In the words of a madam who asked us, as if we were cute

Not enough to slam a fork on the table, Reynold stormed out of his seat.

I followed him out of spirit, and the words that came back…

“Who would want to marry you?”

I mean, you know what’s good?

I’d rather marry a weed rolling by the side of the road than marry that guy.

I struggled to change my fate.

In the end, I even entered the Academy according to the original story.

“You, you’re not dating Reynold, are you?”

“I heard that you harass the girls who approach Reynold…”

I tried to avoid Reynold as much as possible, but for some reason, such nonsense spread.

I finally raised my voice.

They should have figured it out by now.

When I turned around with a satisfied smile, Reynold, who I didn’t know since when he came, was staring at me.

With a sharp smile.