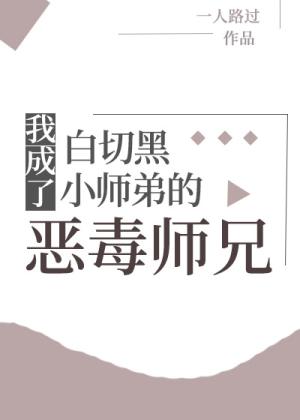 Shen Xingcong transmigrated into a specific starting point of the cultivation script and became the cannon fodder senior brother of Xiao Lin, the main villain in the text.

At that time, Xiao Lin was still an unworthy junior brother, but Shen Xingcong knew that this person would one day slaughter the whole family completely. Even his fellow teachers, who treated him very well, won’t be let off!

Therefore, when he woke up and saw his junior brother had been bullied and humiliated by the original owner, there was only one thought in his mind.

Xiao Lin was born with an antisocial personality. Since it couldn’t be changed, it would be better to retaliate (cross out) and educate bluntly!

Shen Xingcong was no longer afraid.

Until one day, he came back home.

The baleful Shura stood among the sea of blood with a sword, his eyes were bright red, and he looked back at him.

Shen Xingcong straightened his neck firmly and waited silently for the sword to penetrate his chest. Unexpectedly, the man smiled.

“No one will hinder us again.”

His face was stained with blood, but his tone was utterly inconsistent with innocent.

“After I take over the sect, you will be the wife of the sect leader, okay?”

Xiao Lin was defective in human emotions and desires since childhood. He was unable to feel happy and never even feel pain. Only the sense of emptiness spreading unceasingly in his body.

Until that person appeared, a dark heart finally burst into waves.

He ignored the man’s terrified look. He pushed the man to the bed forcefully and brushed the corner of his reddened eyes with his cold fingertips.

“Senior brother is the one who provokes me first.”

His eyes were slightly curved, yet they seemed to sink into the mud, and the bottom couldn’t be seen.

“So, you should also be responsible to the end.”

“White Cut Black” means a character who looks innocent and lovable on the surface is actually a black-bellied big shot who is resolute and ruthless.