I Became Popular in the Entertainment Industry Thanks To Doting 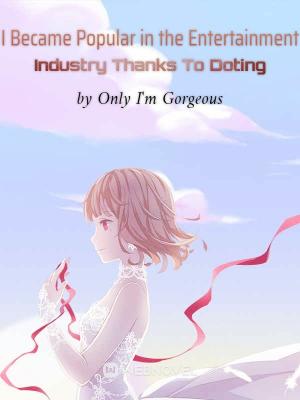 Tang Yaoyao’s acting career was approaching an end after she’d been silenced to death by the big boss. She refused to believe it and went to look for her biological elder brother.

“Big Bro, I’m your younger sister who’s been away for many years, shall we acknowledge each other?” She’d thought she only had one elder brother, but as it turned out, she had her Second Bro, Third Bro, Fifth Bro, Sixth Bro… since then, she’d been doted on immensely by all of them.

Hold on! Wasn’t this the big boss who killed her? Xiao Jinhan forced her to a corner. “Have I told you before that my illness can only be cured by you, hmm?” But how was his illness supposed to be cured!? Everyone knew that Fourth Master Xiao hated women, especially the seductive type like Tang Yaoyao.

Until one day, the paparazzi managed to capture shots of Fourth Master Xiao descending from his throne. He’d put on a jacket for that little seductress and patiently coaxed her, “Be good, we’ll need a stunt double for intimate scenes.” Tang Yaoyao sounded high and mighty, however.

“The keyboard has been damaged by you kneeling on it.” Fourth Master responded dotingly, “We’ll get another and I’ll continue kneeling.”

The internet went mad over this news!