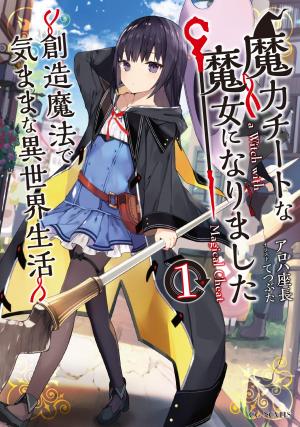 A goddess of another world who called herself Goddess Liliel gave her a unique skill [Creation Magic], and the nameless protagonist reincarnated into another world.

Although she had knowledge of her previous life Japan, she couldn’t remember the specifics—-the girl who decided to call herself Chise, invented the [Seed of Magic] in order to increase her mana, and continued creating them with her increased mana.

The forever young loli cheat creation witch Chise brought her companion Tet, her golem daughter who can’t grow old, to become an adventurer, and traveled around various places in a different world with the safe land as a base that she personally created.