I Became a Human’s Daughter 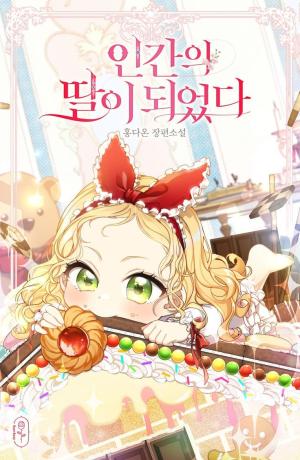 Ariel is a little goddess who cannot use divine powers.

When she woke up from her nap, she found herself on the ground in the middle of a street! So she grabbed the Grand Duke’s trousers, who she met by chance, and hung onto it.

She intended to stay at the Grand duchy until she could find her way back to the realm.

After she said that, unknowingly, she became the Grand Duke’s daughter.

“Heartless! I can’t get up right now!”

This time, even the Emperor clings to her, claiming her as his adopted daughter, causing the two brothers to quarrel.

“You’re going to take away my younger sister. How can I speak to you nicely?”

“Who’s your sister? She’s my sister!”

“Yes, Ariel is going to be my sister now!”

The second generation has turned themselves into enemies.

Even the Pope, who has to mediate between them, wants to covet Ariel.

“I will take over Ariel until you two reach an agreement.”

What the hell is going on here?

Soon after, people she doesn’t know appeared and said they would repay her. Do they even know her?

“I’ve been waiting for you to call for me for a long time.”

Ariel just wanted to regain her lost memory and strength to return to the realm, but the world wouldn’t let her go…?