I Am Looking for a Man Who Will Raise Me 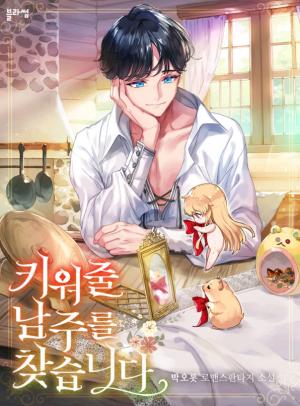 When everyone else possesses the body of a saint, a princess, or a lady (duke’s daughter), I possessed a hamster. Its hobby is to eat squirrel chestnuts. Its specialty is to pretend to be a woolsmith. Soi, who has become a pretty hamster, decided to find an owner to survive…

Soi, who captured the sense of an owner, ran back and forth.

The man’s eyes shook when he saw the bold hamster.

Finally, with cuteness as her weapon, she succeeded in being picked up by a little boy.

The hamsters’ life I had dreamed of was cozy. Sunflower seeds, sweet dried strawberries, and fluffy sawdust.

One day, the golden hamster who pledged loyalty, discovered the identity of her owner.

[Is Edgar really the main character in the novel?]

In some way, she said he was so handsome.

In some way, she said he was so sweet.

Will she be able to protect her owner, the protagonist, from the upcoming events?

Associated Names
Related Series
—
Recommendations
Latest Releases
G
All
Read I Am Looking for a Man Who Will Raise Me and other Light Novels over at BookWalker!
Explore
Tools
Add