I am Incomplete Without You 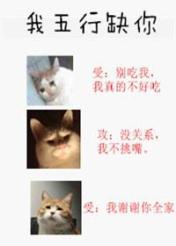 The shock! An honest office worker was reborn into the body of a swindler, to think he actually became a man who does this sort of thing…

The feng shui community had always declared Lin Zhushui to be omniscient, but it seems that his only miscalculation was his destined marriage to Zhou Jiayu.

Zhou Jiayu always had a mild nature, his skin was thin and tender, and his bones, brittle and soft. He never expected that what he feared the most after his rebirth wasn’t actually provoking someone’s displeasure.

Zhou Jiayu: Before I was reborn, I had always believed I’d be a devoted socialist successor, but then I became a charlatan and even encountered a big-shot fortune-teller,

Lin Zhushui: Are you happy being with me?

Zhou Jiayu: I’m happy! So happy I could die! But, Boss, if you could just stop thinking about my meals every single day, I’d be even happier.