I Also Want To Spiritually Cultivate With Shizun Today 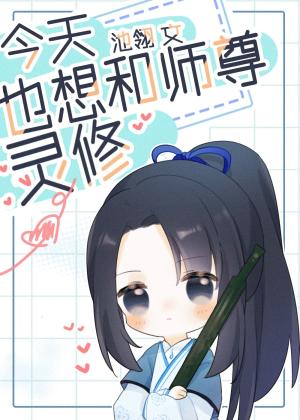 Qi Shu, the eldest senior martial brother of the Kunlun Jian Sect, was an exceptionally talented, charismatic and handsome person. He’s the dream lover of all male and female cultivators in the cultivation world.

He had a secret.

He’s secretly in love with his Shizun.

——Gu Hanjiang, the head cultivator of the Kunlun Jian Sect, not only had a noble and benevolent temperament since young, he was also cold and strict, but he’s greatly fond of his own eldest disciple.

Qi Shu both valued his master and his teachings, so he hid his love for him for a long time.

Until one day, he learnt a secret.

His master was a rare human cauldron. To pass through tribulation and ascend, he must dual cultivate with someone, otherwise it’d rebound to him and he’ll qi deviate.

When he saw his master’s pale and sickly handsome face, Qi Shu felt sorry for him: Shizun, this disciple can help you.

Qi Shu: This disciple does what he says!

Only later did Qi Shu become aware that in the first place, human cauldrons couldn’t only be the one in the bottom.

That’s not what it says in the book!!