I Adopt The Male Lead 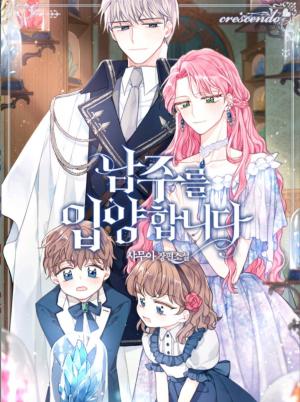 She rescued the male lead from a fantasy novel and his sister, who were abused by their uncle, and helped him grew up as an Archwizard to save the world.

She thought in the warmth of the children who called her their mother. No matter what happens, she’ll protect these children.

She met a man who was completely different from the nobility she had seen so far in the Southern Tors, where she had escaped safely and settled down.

He respects people regardless of their status and thinks of others before himself. And, having dreams that he will never achieve.

“Someday, Tors will be strong and rich enough that no one has to worry about their livelihood and their lives. I can’t rest until that day comes.”

She thought that would be enough if she and the children could live happily ever after.

But why? She wanted to reach out to the high sky that this man was looking at.

Even if it’s only a few years.