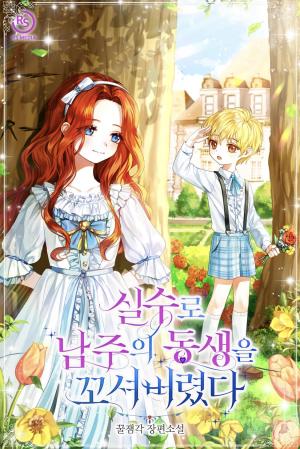 She possessed the mistress of the male lead in an R19 novel.

In the original novel, the male lead was a tr*sh who abandoned her after getting her pregnant, saying that he belatedly realized that he loved the heroine.

Fortunately, it was still before the original work started.

I decided to scrap this sh*t by myself.

I flatly rejected Killian’s offer to have an affair with him. When he asked me why, I smiled brightly and answered.

“The Young Master is not my taste. If I must say, your younger brother is much preferable.”

“What? You prefer my younger brother?”

Yeah. Not you, but your brother.

Unlike the original, I firmly set up an iron wall, took care of Lexion, the younger brother who was abused by his older sibling, and protected the original female lead who has low-esteem against that shitty male lead.

And now that I’ve already done what I have to do, I’m off to go.

But a few years later,

Lexion, who pushed his older brother and sat in the Duke’s seat, came back to me as a beast with a decadent beauty.

On top of that, he’s even holding the engagement document that I signed as a joke during childhood.

“I’ve never forgotten you for a moment. Please marry me, noona.”

No, wasn’t that just for playing house?

Everytime I refuse his marriage proposal, he will gently hug me around my waist, and ask in such a cold voice.

“Did your taste change while I was away?”

Lexion’s eyes were full of life as he asked.

It’s as if when he found out who my type was, he’ll kill it right away.