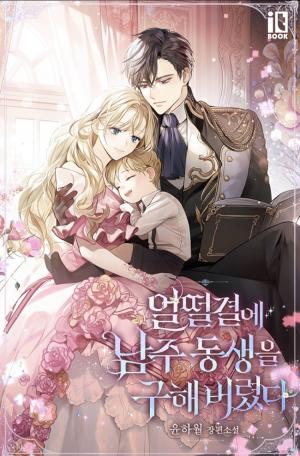 She possessed an extra character, Charlotte Rania, who was not even mentioned in the original novel.

I thought the bloody social and political matters in the novel were from a different world.

Until I met the male lead’s brother and saved him. Theodore Heist.

Do you mean the brother of the male lead who died at the age of three?!

A situation that led to assassinations and accomplices.

Charlotte decides to take good care of the child and clear herself of the blame.

The little boy began to clamor against returning home.

“Can you be the Duchess of the Heinst family?”

Karlyle Heinst, the male lead who signed a contract with the original heroine, even offered Charlotte a contract marriage.

It’s time to say goodbye to my peaceful life as an extra!