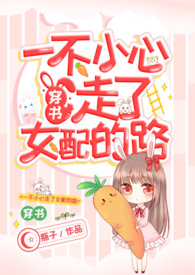 One day, an extremely handsome man handed her a seven-figure cheque.

She looked at the cheque and then at that handsome man. Sure enough, she agreed!

Money is desirable, but that man is even more desirable!

Then that night, Yun Shu remembered her past life. She learnt that she transmigrated into an entertainment industry romance novel!

The domineering CEO, who financially provides for her, is the male lead, but she is not the female lead, let alone the female supporting character of the novel!

Deep down, Yun Shu felt like quitting. However, when she looked at the cheque in her hand and then at the handsome man in front of her… She…She chooses to be an obedient lover and automatically back off when the female lead appears! [Obedient.jpg]

Who knew that she would be so successful to the extent where she entered the female supporting character’s route and left the female lead with no recourse.

Fu Ran, a domineering president, is young, handsome and a late-in-life virgin. Then, in the twenty-ninth year of his life, his notions were evoked by lust when he saw a young celebrity.

After successfully acquiring her, he thought his feelings for her would dwindle. But to his surprise, he became addicted and then failed to quit this addiction for the rest of his life. Instead, he fell deeper and deeper…

In the end, it turned out she wanted to run away?

Fu Ran straightened his cuffs and sneered. She shouldn’t even think about that!