I Abducted the Hero 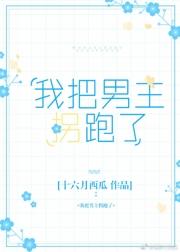 Rong Xuan woke up and became the cannon fodder villain who acted extreme in the novel and ended up tragically. As soon as she walked through, she was on the scene of the engagement. The original owner tried to escape from marriage, discrediting the male owner everywhere, and may face disaster any time.

Rong Xuan’s hands spread out: What’s the matter with you, anyway, sooner or later the male lead will meet the female lead, she was just cannon fodder. Rong Xuan waited to break up, but then, one month, two months, three months passed. What about the dissolution of the marriage contract?!

Later the hero saw that Rong Xuan was gentle with others, but she was indifferent to him. He was going crazy with jealousy, even his eyes were red.

Rong Xuan: When will the marriage contract be terminated?

Male lead: Don’t even think about it. When you can lift me, then count that as me losing.