Humans are the Strongest Race (LN) 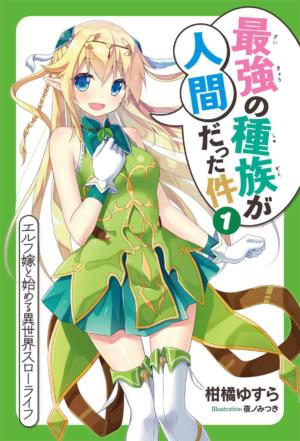 Elves? Dwarves? No, humans were the strongest!

An ordinary man (with no cheat) is unparalleled in a different world!

On a certain day, I was suddenly summoned to a different world of《Atherfea》with swords and magic. I was an ordinary salaryman, and I was called「Human-sama」by the beautiful elf woman Ria in front of me, why was I being worshipped!? In the different world I was summoned in,『The Oldest and Strongest Race』were humans! Even just one strand of hair in this world, had such magic power out of the norm. To avoid the amass fighting over my own power, I built a peaceful place with Ria!

Even finding a hot spring in the basement of my house, a slime who has my human power becoming a cute little girl, with my unrivaled power of a human, I decided to fully enjoy a stress-free life in a different world!