How To Survive As a Villain on the Verge of Death 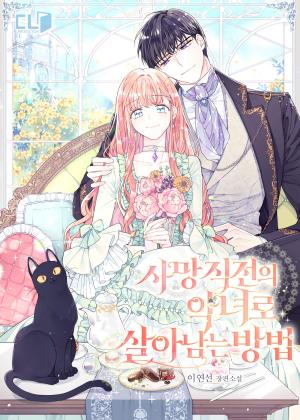 In the original novel, I possess the body of Princess Eve, the villain who was inferior towards the Female Protagonist, and commits evil deeds.

And the time that she possessed Eve, was 44 days before the assassination to her would take place.

In order to escape her predestined death, Eve makes a deal with her fiancé, the Grand Duke.

“Please help me. Then I will help you with the best of my abilities.”

“Then try to predict what will happen to me tonight.”

With the foresight ability of the main body, she passed the test of the Grand Duke and signed a contract with him.

She had barely escaped the crisis and managed to save her life, but the crisis was constantly coming…

“Have you forgotten that you are my wife?”

“It’s okay to forget. Because I’ll always remind you over and over again.”

The fiancé who was a sub-male lead and the mastermind to all the killings in the empire, became obsessed with me,

“No matter what happens, I will protect the Princess.”

Then why does the good male protagonist say that he will protect me?

And how come this world is so different from the original?