How To Live In A Different World 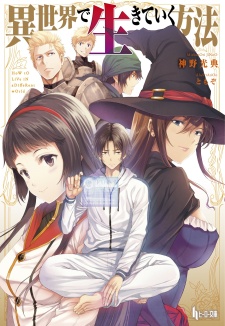 In the middle of night, on the way home from the convenience store, suddenly he bathed in a strong light, and then what waiting in front of him is an another world.

Since birth, Yoji Tanaka* (27 y/o Job Salesman) who in what ever he does “first thing first” is his motto, without understanding anything was blown to another world. The place that he arrived at was a middle aged kinda frontier village. It’s a story where the situation is though he neither knowing the lifestyle nor the language, using a doubtful cheat called skill bonus, somehow the timid mc was able to live through in a world dominated by monster using present-day common sense and little trick.