How to Divorce the Male Lead 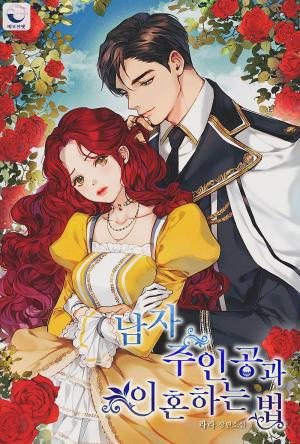 On a normal day like any other, Duchess Juliana Auburn woke up from a dream. No, rather, it is I, “Lee Sian,” who remembered my past life.

Juliana Auburn was a character in a novel who did nothing but badmouth and find fault with her husband, his friends, and her own father who had forced her to marry an illegitimate man.

According to a spoiler comment that I read, she will be killed at the start of the novel.

“Why did I only remember everything now after I’ve already done all of those bad things to the male lead?!”

In order to avoid the novel’s “bad ending,” Juliana plans to divorce her husband, Evan, the male lead….

“I’ll give you everything you want.”

“Don’t you know that the one who falls in love first loses?”

“Why should I apologize for staring at you because you’re so pretty?”

…Isn’t my husband’s obsession more serious than I thought?