How to Be a Dark Hero’s Daughter 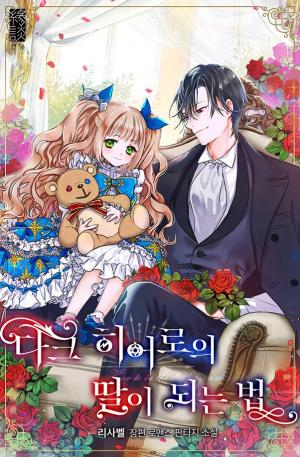 The MC transmigrated into a novel and became an extra from the novel. The novel is a murder thriller and the main character is a serial killer. He kills criminals with black magic making him a dark hero (think of him as Dexter or batman with dark magic).

She (MC) doesn’t have any death flags since she’s a background extra but she was a homeless girl of all things in such a dangerous novel.

Somehow our MC saves the male lead and to thank her, he adopts her.

The richest, most powerful, and handsome duke commands her to be his child.

The MC is freaked out since she knows he’s a cold blooded killer. Can she survive such a maniac?

Yet he dotes on her and constantly says ‘my daughter is the cutest’! He wants to get master artists to draw her and gather poets to describe her adorableness.

The duke alo has a son. The apple doesn’t fall far from the tree; he also dotes on her.

In this way, a beggar became a little princess. She also got used to people getting killed.

However there was still one problem.

Our MC has turned sixteen and is wondering as a lady, will she have an arranged marriage?

She realizes, perhaps they want her to stay here forever?

Can she escape such a strange house? Everyone is so attached to her!