How the Male Lead Treats the Terminally-ill Young Lady 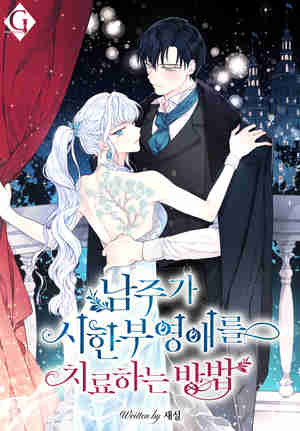 She was possessed by the novel’s extra ‘Yvette Blanche’.

A curse was placed on her, one that ’caused death if a person didn’t meet their fated one by their twentieth anniversary’.

However, in the end, she possessed this extra a week before her twentieth anniversary, and it was already the day before.

Since I’m going to die, it’d be better to pass out drinking…

The morning on her birthday shone brightly, and Yvette lived on.

An unknown man’s voice could be heard from behind her back.

“Last night, you attacked me.”

Despite his shocking words, Yvette rushed to the bathroom, more concerned whether she survived because of this man.

The curse flower tattoo on her back bloomed.

Which means this man was destined to be her partner!

“Noelle, you’re a nobleman, aren’t you?”

“I never thought someone wouldn’t recognize the face of Duke Averon.”

What? This guy is the main character in the novel?!

I can’t believe I, a mere extra, attacked the male protagonist…

“If you’re looking for a person, could we indulge in physical contact for a few minutes?”

But original or whatnot, I’ll have to live first!

Will Yvette survive the curse?