How Could I Lose to Him 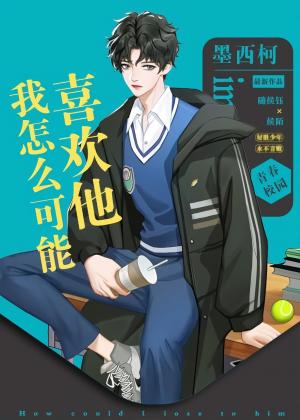 1. The two private high schools have merged. The big bosses/fish of both schools find one another displeasing to the eye, and engage in both open and hidden conflict.

Sui Houyu looked at his counterpart and curled his lips disdainfully: He puts on such airs but can’t behave like a person.

Hou Mo stared back and sneered: Quite the Helen of Troy isn’t he – pretty enough to start wars over, and has quite the temper. Forget about being the most handsome guy in the school, you can be the school belle.

2. Sui Houyu had a manic mood disorder and severe insomnia but found that as long as he was close to Hou Mo, he could fall asleep.

From then on, Hou Mo had an additional little grumpy monster by his side.

3. After winning a doubles tennis match, the partners who then would arrange to duel/fight against one another on the rooftop, could only be Sui Houyu and Hou Mo.

After their teammates found out about the matter, they were filled with anxiety.

After some time, Sui Houyu returned with his lips were slightly swollen, and the corners of his mouth bruised, causing everyone to be furious with Hou Mo on his behalf.

When Hou Mo returned to the class, he had tooth marks on his throat and had lost two buttons on the top of his shirt. He quickly explained to Sui Houyu: “I really didn’t smile at any girls while we were playing. That’s just how my face looks.”

Everyone can disperse now…

4. Interviewer: Please use four words to describe what you think about him?

Hou Mo: I like him so much that I can’t stop touching him/ put him down.

Reporter: What sort of hobbies do you have?