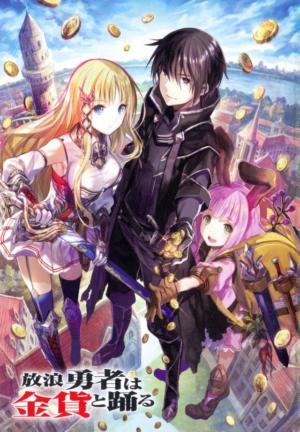 After the hero defeated the demon king, the world became peaceful–but it hadn’t ended. After humanity’s ‘enemy’ disappeared, from the era of ‘violence’ came the era of ‘money’. At the nook of trade city Faltram, the wandering hero who had hidden his identity came across the demi-human Yunis, and the female knight, Rachel with whom she was discussing with. Without much of a choice, the hero decided to help them out and indifferently declared “If they don’t have principles, sword nor power, wouldn’t it be alright if we deceived the villains that deceived”

For the hero who defeated the demon lord, his new enemy are those humans obsessed with money! And furthermore, he challenges the swindlers who overrun the town..!?