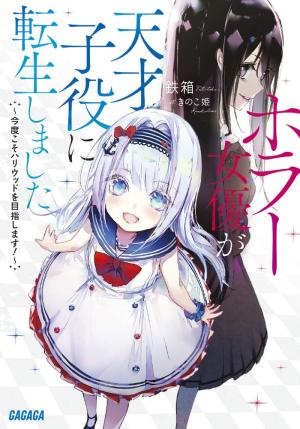 「Ah, this, people would absolutely say “Horror film’s Curses” after my death」//The actress famed for her unrivaled evil spirit acting, Kiriou Tsugumi, was caught in a traffic accident that closed her life and career curtains. However, when she came to her senses, what was reflected in the mirror was silver haired-blue eyes, a fairy-like beautiful little girl. She was reborn into 20 years in the future. What was once her senpai-kouhai, and the new rivals that she got. Can Tsugumi achieve her dream to struck Hollywood’s peoples into the vortex of fear in this new life?