Horror Actress Reincarnated as a Genius Child Actor ~This time I will aim for Hollywood!~ (LN) 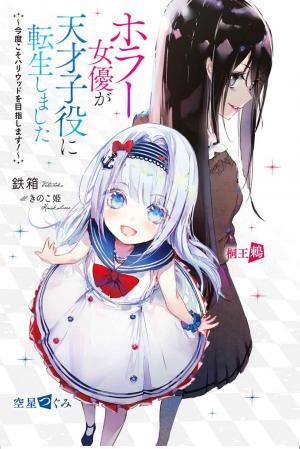 “Ah, this is definitely going to be called the “horror movie curse” after my death.”

The actress Kirio Tsugumi, famed to have no horror actor nor actress superior to her, was involved in a traffic accident and her life came to an end, or at least, should have. When she woke up, what she saw in the mirror was a beautiful fairy-like girl with silver hair and blue eyes. She has been reborn into the world 20 years later. Her former seniors and juniors, and the rivals she has gained in this life. Will Tsugumi be able to knock the people of Hollywood into a vortex of fear this time in her reincarnated life?