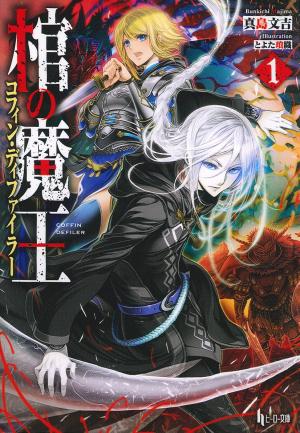 The country of Coffin, a grassland blanketed by grey clouds.

On a certain day, the kingdom that worshipped the dragon that danced in the sky was invaded by an army accompanied by a giant beast they called “God”.

A female swordsman wielding a mysterious weapon. A hero who nurtures an irregularity within his body. Silent soldiers.

The motive of these people, who forced the kingdom to surrender with their overwhelming force, was to fill the imaginations of the Coffinites with unspeakable horror.

The surviving heroes of Coffin stand against these people who destroyed the country with their inhuman power.

A war record fantasy, concerning the sorcery of the man who was once called the demon king.