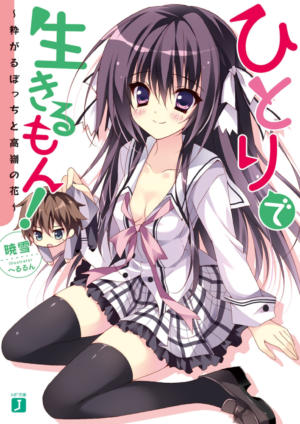 “There are no beautiful girls that have a nice personality anywhere on Earth.”

As a result of holding that belief, he is at the bottom of the class hierarchy, a comical boy • Oda Keito. His mindset is that there is only one correspondent in the school that exchange letters • That person with the letter. One day, Keito promised that he would meet that person with the letter—–and would regret it later. The one who appeared was the school’s most beautiful girl, Minato Chisa. Even if he wanted to be a loner, he would never be involved with a pretty girl. As he thought that, Chisa said an outrageous request – “Please be my partner!”. Winning the No.10 > rookie award, Loner x unattainable girl, “I can live on my own, but it’s hard to do that” type of romantic comedy!