His White Moonlight is Unexpectedly Me 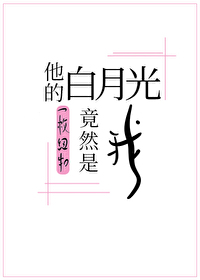 Xu Yu was a young star who made his debut in the talent show.

Because he was too beautiful, he was often pulled by netizens to cut CP videos.

Because he was too beautiful, he always took the place of the shou among all kinds of CP, he was a major shou.

On the day he terminated his contract with the entertainment company, Xu Yu received an interview notice from a brand company to audition for brand ambassador of the company in the fourth quarter.

Xu Yu went, and to his surprise, the interviewer was Su Yuanjiu, the president of the brand company.

A person who was not in the entertainment circle but had a large number of fans on a CP video editing website.

And when these fans heard that Su Yuanjiu had a white moonlight, they shamelessly named the fan group Bai Yueguang(white moonlight).

On that website, Mr. Su Yuanjiu was very suitable for everyone.

Everyone who formed a CP with Su Yuanjiu, no matter how much of a gong they were, how many A’s and how much of a man, they would automatically become shou in front of Su Yuanjiu.

But miraculously, there was no intersection between this general gong and that general shou on this website.

Then one day, fans found that the chief executive had started microblogging.

Then netizens found out that Su Yuanjiu paid attention to Xu Yu at the first time when he opened his Weibo.

When everyone privately talked about the relationship between Su Yuanjiu and Xu Yu, Su Yuanjiu tweeted.

“Who is interested? Cut a CP video of me and Xu Yu. I want to see it.”

After a while, Su Yuanjiu sent a second Weibo.