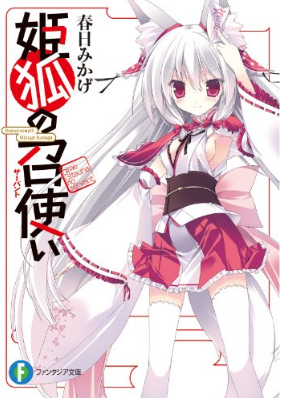 「Hikaru-kun will marry me! It’s written in stone!」declaring this proudly, childhood friends Asahina Murasaki and Mizuhara Hikaru were sucked into an ancient scroll found in a decrepit shrine.

Thrust into an unknown land, the one who saved Hikaru was a beautiful fox-eared girl who proclaimed herself the guardian of the capital.

She declared this towards a dumbfounded Hikaru,

「Incompetent, what kind of attitude is that towards your master?」

Before he realized it, he had been made the servant of this foul-mouthed girl, but even so, what he got involved in while searching for his childhood friend was

「I just wanted to live a peaceful life……」

The curtain splendidly rises in a fight of love and action in a different world.