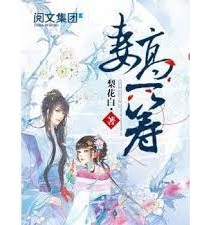 For an ordinary working woman to transmigrate into the body of an official wife of a nobleman, described by the emperor as ‘peerless talent’, life should be good, right?

Too bad the official wife was an eyesore to this handsome ‘peerless talent’ husband. Hated as a political chess piece that prevented the dear husband from taking his true sweetheart as the official wife, she was universally despised by the entire family and was tossed into a corner of the inner court to fend for herself.

Thus, she was set on a course of self-destruction…

Or so everyone thought.

Instead of self-destruction, this is the time to hone one’s self-sustaining skills!

We are far away from the inner court battles and our face is an eyesore to everyone. So, let’s just spend our leisurely days shut away from the world! Our transmigrator is very satisfied with the lifestyle of an abandoned wife.

Father of these children, why are you here?

Poking your nose into our private paradise after five years, just what do you think you’re doing!?

Children, it’s time to defend our corner of paradise!