Hiding That The Damn Prince Is An Omega 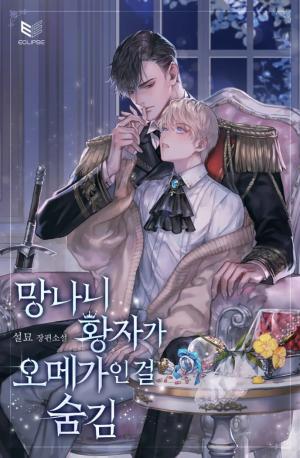 The wretched prince Etienne was born as a dominant Omega,

Because of the Queen’s ambition to make him emperor,

Etienne, the unlucky prince pretended to be a beta.

Prince Richard, who grew up with him in the Imperial Palace, came back after 3 years as a hero for saving the country.

But Etienne couldn’t welcome him with joy.

They used to be childhood friends.

But because of the greed of adults, he and the dominant Alpha, are now foes fighting for the throne.

While continuing the awkward relationship with Richard,

Etienne is back with a sudden heat cycle.

He’s on the verge of getting found out that he’s an omega……?

At last, realizing everything, Richard smiled and called Etienne.

When Etienne realized the secret he had hidden so far, he suddenly felt an unbearable hunger.