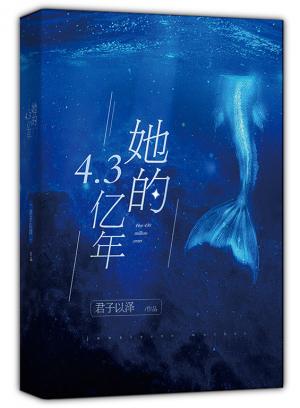 On Fan Li’s 18th birthday, her father told her: “actually your mom has genes which may not be that of an ‘ordinary’ person’s.”

Upon waking, Li-zi discovered she has transformed into a mermaid and is even attending a top university in the deep ocean.

She also met a group of perceptive boys who were a delight to the eyes.

However, its leader is a mixed-race carnivorous mer-shark with racial discrimination.

She thinks, how is an irascible shark who loses control at the slightest whiff of blood qualified to discriminate against a princess who hails from the civilized world like me?

However, a mermaid’s innate inferiority can never compete with a shark.

The mer-shark’s little bro says to her: “once you make him your child’s father, he will no longer bully you.”

“You don’t need to marry. Only the Oceanic race marries, marriage is never a part of us shark people’s culture. When we enter the reproduction cycle, we will start to breed exponentially. We are the species with genes at the top of the food chain. If you are lucky enough to be his female fish, your weak genes will be improved, and he can give you a group of shark babies who dominate the ocean.”

“…Thank you for sympthazing with my inferior genes but I want to get married.” To humans.

Only after she was traumatized by the ethics of these sharks, did she find out her mom actually isn’t dead.

And just like these sea creatures, she too has no concept of marriage.

Furthermore, her mom’s real identity is….