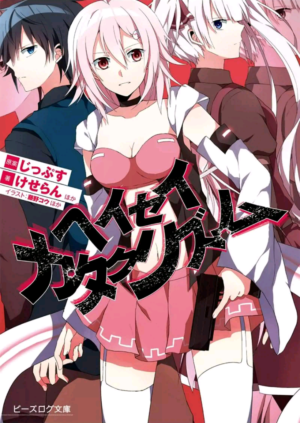 Since around middle school, Tokido Haku has seen this nightmare every night……

On it, the unknown Rei and Sakuhi were both trying to kill each other.

Who were this two people?

Why did they always come out in her dream?

Haku had no idea at all.

This world was constituted by two parts, one pretty close to a modern world, the “Outside World” and one where magic existed, the “Inside World”.

Since both civilizations developed in a different form, even if their existence were so close to each other, this caused a huge instability.

That instability was the cause of wars, crimes and many unstoppable acts made by humanity.

With that in mind, an evil organization used dark magic to plunge the world into chaos……

What was the meaning behind Haku’s dream?

What was the role she and her friends were given?

The battle of the boys and girls who stood up to return the world peace begins now.