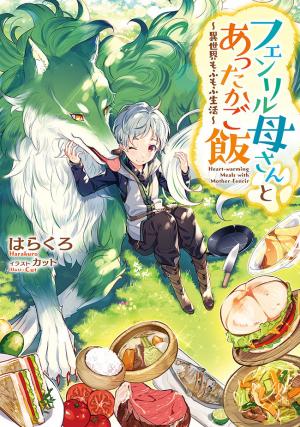 Femrude was born as one of the two twin children of one of the possible heirs to the throne of the kingdom of Ellansrild, a country with a strong discrimination against beastmen, and with a belief that twins bring misfortune and are cursed. Therefore his father throws him in the forest to die before the other royals know about his existence.

Femrude is picked up by the legendary Fenrir as a baby. He was originally a Japanese but can’t remember his previous life, except for random knowledge. The now 12-year-old Femrude spends his days being spoiled by his beloved new mother, while being brought up with lots of love.

To give back to his precious family, he reproduces Japanese cuisine in this new world, one dish after another. To his surprise, not only his mother (Fenrir), but also the beastmen living in this world love his food.

Solving problems one after another with his honest, gentle character, and the skills to attract both races, he aims to become a bridge between the humans and the beastmen!