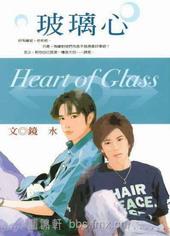 It was fated, him and him.

Although, being fated didn’t always mean a happy ending for both of them.

At least for himself, it was just one big…temptation.

Compared to his own weak and frail body, he was more masculine and full of warmth.

It wasn’t strange at all to find himself falling deeper and deeper….

But no matter what, he could never let him find out about his true feelings.

Or else, they would never have become friends.

Crap! He found out! Why did he have to get drunk and blurt out the truth?!

He’s in deep trouble, with no other choice but to avoid him…

He…he approached him, asking to be in a relationship with him?

Was…was it a prank? He would leave after he was done playing with him…

Was he right? Could the sunshine boy he fell in love with be so cruel?