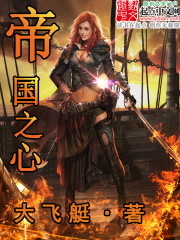 The curtains to an epic of a continental power struggle are pulled open. There’s an entire empire in Dane’s heart!

Churches, tribes, prisons, forests, castles, graveyards, abysses . . . He controls the bases of all seven races in the fantasy epic war game, [Heart of Dynasty]; right before his eyes is the throne of a monarch!

Elf rangers pull your bows, the heavy-armoured knights are charging!

The Caesar Empire has collapsed. An era of war for the new ruler arises. The Kingdom sends endless expeditions; the Northern Alliance is unwilling to be excluded; the abyss and death begin to stir as they gaze upon the continent. Plots, tricks, religious wars. . . amidst these battles, only the victor can be called powerful!

Dane, holding a blade dripping with blood, says with bared teeth, “Fuck! Let me use my ass to see whether that seat at the top is comfortable or not!”